CDs first appeared on the scene more than 30 years ago. The CD supplanted the LP with alacrity and now reigns as the most popular music media. It’s also true, though, that LPs enjoy a devoted following.
A phono cartridge converts vibration energy, generated by the stylus tracing the sound grooves, into electric signals. This vibration produces secondary (harmonic) vibration, reviving high-frequency components recorded in the master that could not be recorded with LPs. This physical phenomenon cannot be reproduced digitally, but can be expressed as natural analog sounds. Even today, this sound quality is the major reason for the continued popularity of analog LPs.

Nevertheless, TOP WING was concerned, because when the sound quality of CDs and LPs made from the same master tape was compared, the CD was superior in terms of soundstage reproducibility. We wondered whether superior soundstage reproducibility would ever be technically possible with LPs, and whether perhaps there was something in the production process preventing success. This questioning led to our discovery that existing cartridges were not picking up all sound information necessary for sound-field reproduction. 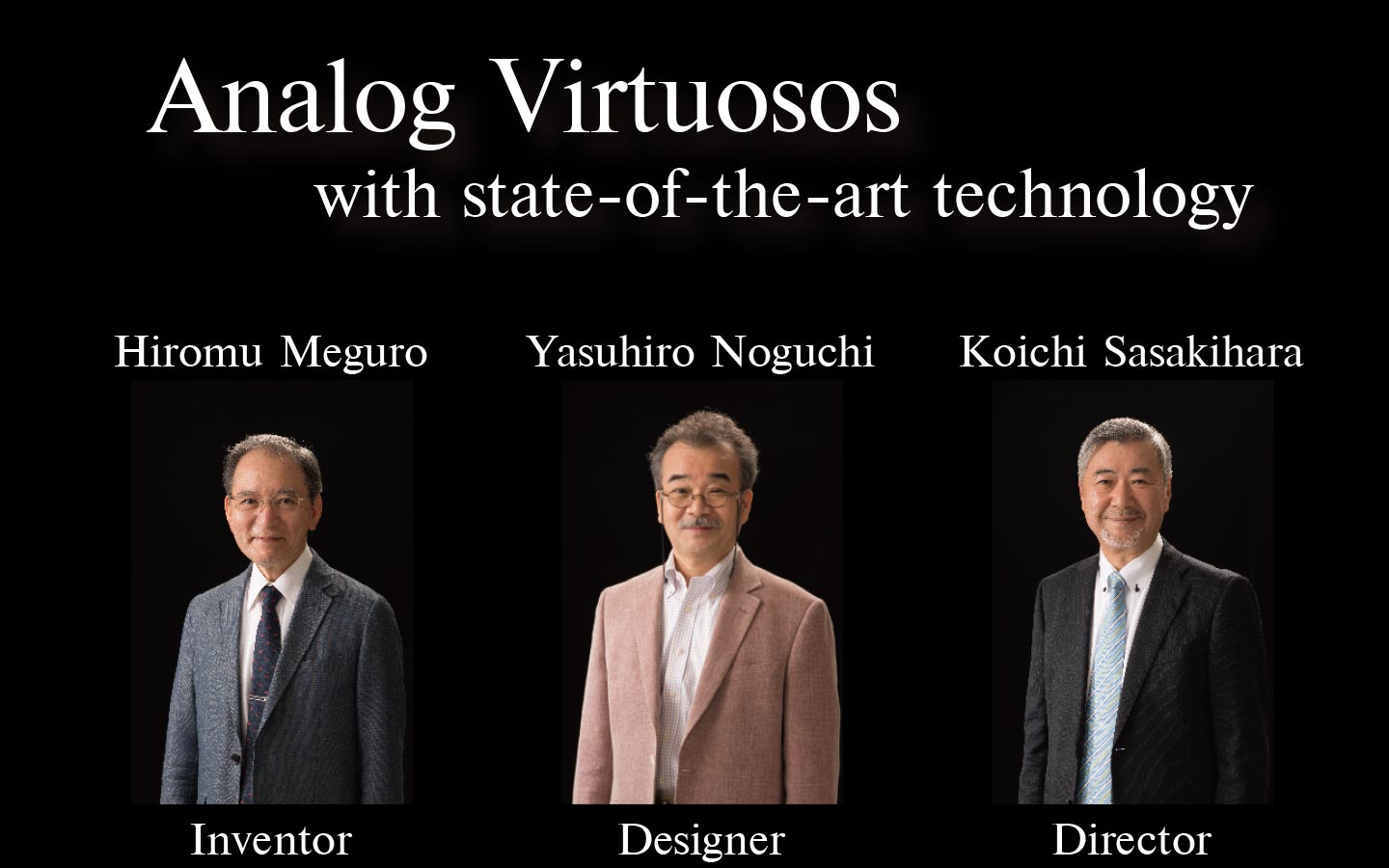